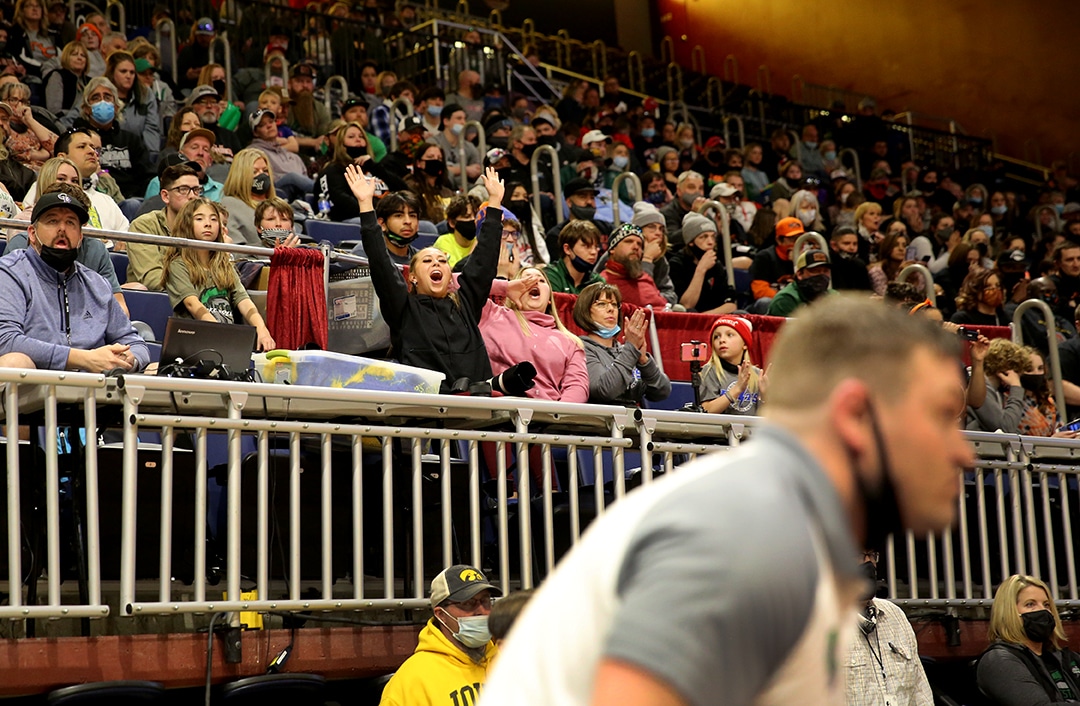 The group has performed at the Center eight times since its 1982 opening, Murphy said. “If you know the acts that have played here the most, you’ll know who I’m talking about,” Murphy said. A formal announcement is expected in about two weeks.

Ticket prices will be $19.82 and $40, Murphy added. “We’re trying to make it super affordable so everyone can come.” Besides the Dec. 10 concert, the Center is also looking at hosting an open-house in October, while other celebratory events are still in the works.

Murphy and Visit Casper Destination Experience Coordinator Amanda Sewell came before the commission to ask for a $15,000 contribution to the bash budget.

Commission Chair Paul Bertoglio noted that the entire county benefits from that subsidy, and pitching in an additional $15k for the celebration is a chance to give back. Commissioners Dave North, Jim Milne, and Peter Nicolaysen also gave their approval. Rob Hendry was not present.

Bertoglio added that Murphy and Sewell might also check with Mills and Evansville about a possible contribution.

In addition to the major headliner already booked, Murphy added that a major Wyoming artist was also in talks to perform. The Center’s first two GMs and other other city leaders of the era will also be involved in the honorary events.

Murphy said the venue has seen a strong rebound in turnout after two years of COVID. From the week of high school graduations and the Trump rally in late May through the Fourth of July, 60,000 people attended. That included a record-breaking year for College National Finals Rodeo, with 30,000 people in attendance over the six-day event.

The $22 million facility was funded with the optional one-cent tax and completed debt-free in 1982, according to Visit Casper.

North did say that the Center’s firearm and knife ban had somewhat altered the character of the Friends of the NRA banquet held there in 2019. “That was kind of weird.”

NASHVILLE - Facing nine shots on the night, graduate goalkeeper Alex Vidizzoni helped lead the University of Evansville men's soccer team to a point on the road in Missouri Valley Conference action in a 0-0 draw with Belmont in Nashville on Wednesday night. "It's a good result in conference play...

Warmer Thursday, Then Much Cooler

EVANSVILLE, Ind. – The University of Evansville women's soccer team will travel north to Chicago, Illinois on Thursday night to take on Missouri Valley Conference newcomer UIC.  The Purple Aces and Flames will kick-off at 6:05 p.m. at Flames Field in a match that can be seen live on ESPN+....

City leaders in Evansville, Indiana, say they're working to improve the city's Department of Parks and Recreation through the continued development of the department's five-year master plan.An update from the mayor's office shared Wednesday says that one thing identified by the Evansville Parks Department's Master Plan process was the immediate...