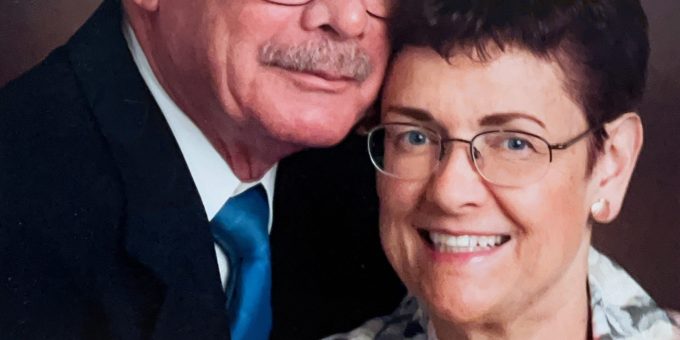 William Finn of Elgin, Illinois, formerly of Sarasota, FL, and Bedford, IN, passed away without pain on September 17, 2022, after a long struggle with Progressive Supranuclear Palsy, a rare neurological disorder.

He is reunited with his beloved wife of 43 years, (Phyllis) Ann Finn. He was preceded in death by his parents, Ralph Finn of Unionville, IN, and Elizabeth Day of Cub Run, KY. He is survived by his sons, Kevin Finn (wife Tara) and Nathan Finn (wife Ricarda), and his grandchildren, Malcolm and Dorothy.

William (Bill to those who knew him best) was a proud graduate of Indiana University with a Bachelor of Science in Business. He served in the US Army during Vietnam, stationed in Colorado Springs, and a piece of his heart stays with the mountains. He went on to a successful career as a Mainframe Systems Analyst for American States Insurance in Indianapolis, IN.

A lover of music in all its forms, William was an avid pianist and enjoyed arranging music for piano. He also played guitar, percussion, and recorder. His music library included hundreds of film music scores and classical albums, as well as a variety of sheet music. He was the former Treasurer of the Film Music Society and had many lifelong friends in the community of film music fans. William loved camping and the outdoors as well as photography, running, cycling, and handball. A smoker for more than 40 years, he took pride in kicking the habit later in life.  An animal lover as well, he was never without a four-legged friend to dote on and care for.

Funeral services will be held at 11:00 a.m. on Saturday, September 24, 2022, at the Ferguson-Lee Chapel of Thorne-George Family Funeral Homes. Burial will follow at Cresthaven Memory Gardens. Visitation will be on Saturday from 10:00 a.m. to the service hour.

In lieu of flowers, the family requests donations directed in William’s memory to the Cure PSP foundation, http://curepsp.org.

Remembrances and condolences may be shared at www.FergusonLee.com.

INDIANAPOLIS (WISH) — This is the holiest time of the year for Jewish people and there are several holidays over the next few weeks that will occur. Rosh Hashanah is the Jewish new year and begins at sundown Sunday. Rabbi Hal Schevitz with Beth-El Zedeck and Margo Fox with the...

Live Updates: Eagles Hug Carson Wentz Before Game, Then Have A Sack Party When It Starts

LANDOVER, Md. − All eyes were on the quarterbacks when the Eagles and Commanders took the field Sunday, and for good reason.It's the first time the Eagles will be facing their former franchise quarterback in Carson Wentz, and they'll be doing it with the quarterback who replaced Wentz in the...

INDIANAPOLIS (WISH) — The Colts and the Lucas Oil Stadium are ready to welcome back fans this season. Game day celebrations and tailgating are a longstanding tradition for the home opener that mostly takes place off-site in private parking lots and garages across downtown Indianapolis. You can expect to see...